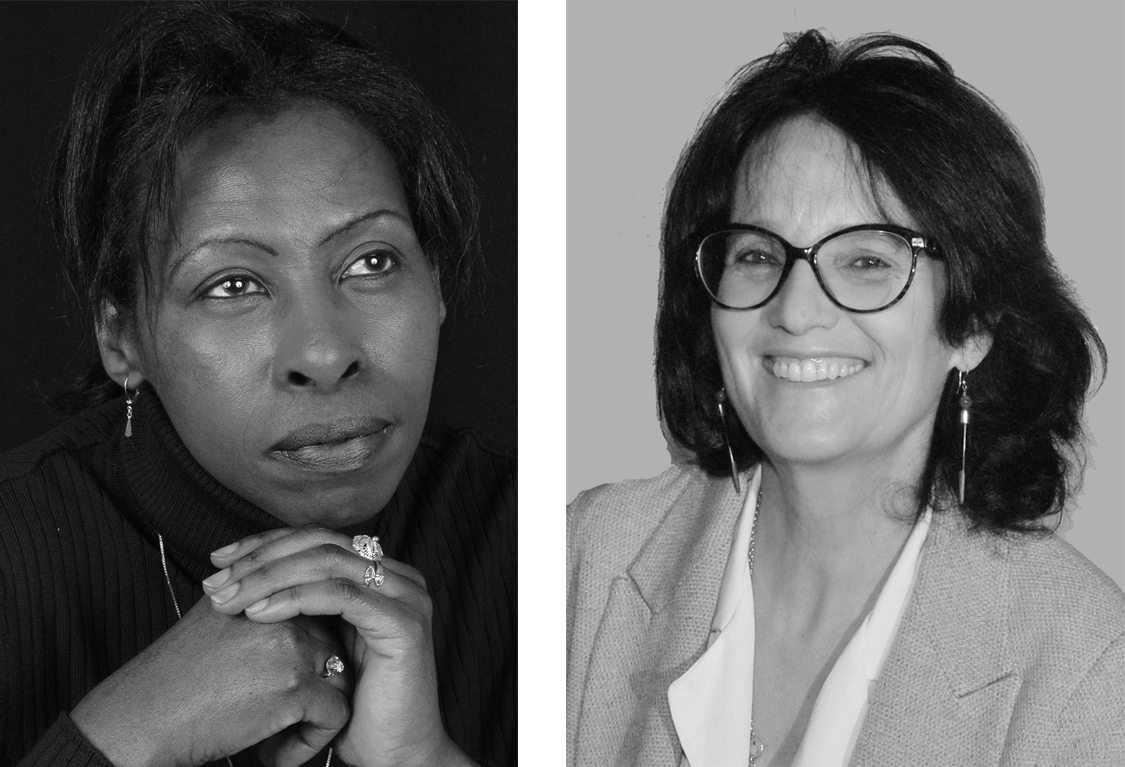 « Neighbourhood. Essay on human coexistance », « Beat of a heart »

Hélène L'Heuillet is a philiosopher and a psychoanalyst. She is a lecturer in moral and political philosophy at the University of Paris-Sorbonne, as well as a member of the International Lacanian Association.
In 1994, the year of the genocide of the Tutsi - one million dead in 100 days - she learnt that 27 members of her family were massacred, including her mother Stefania ...

Scholastique Mukasonga was born in Rwanda and works in Normandy. She is the author of four books published by Gallimard. Her novel Notre-Dame du Nil won the Prix Renaudot in 2012.
Rwandan, born in 1956, Scholastique Mukasonga knows from her childhood the violence and the humiliations of the ethnic conflicts that tourment Rwanda till this day. In 1960, her family moved to an unsafe region of the country. In 1973, she was expelled from school and had to go into exile in Burundi. She settled in France in 1992.

Lack of wasteland, of deserted islands or of untouched territory, nothing is now separating people. Now we are all neighbours.

A different person, a neighbour is not a friend. We welcome a friend at home whereas we approach a neighbour on the doorsteps. Neighbours are not the ones who are close to us, but they have supplanted them in our secularized societies. They may even become our enemies; at best, they provoke only cold indifference, at the worst, they bring an outburst of the most extreme violence.

Living in a mass society it is crucial for maintining neighborhood ethics to know how to live and interact with one's neighbour without falling into the pitfalls of face-to-face communication where tight against each other we must find the means to coexist.

"Nobody knew for sure who was this proclaimed African princess, called Nyabinghi. Hername appeared on the beaches of Jamaica under strange circumstances. On December 12, 1935, shortly before the invasion of Ethiopia by fascist Italy, an article entitled "A secret society to destroy the whites" appeared in the Jamaica Times newspaper. [...] Twenty million Negroes in the name of a mysterious queen named Nya-Binghi were going to flood across Europe and America. Nya-Binghi means "death to whites". The Rastas, who adopted the name of Nyabinghi, had no blood wish , and with the blissful torpor of the sacred grass, they had no intention of massacring anyone. The drums were sufficient for their rebellion. "

From Rwanda to the Caribbean, to America: mysteries, initiations, the birth of Rasta music and, in the turmoils of the world, when the beat of a drum and the heart of Africa, is a profound crime ... Who killed 'Unforgettable diva Kitami, named at the four points of the horizon " the black Amazon "? ... "