Kim Tae Ho was born in Busan in the Republic of Korea, where he lived  until middle school, after which he moved to Seoul to attend the Seoul Arts High School. He then went to Hongik University to study painting and he also obtained a Master's Degree at the same university. In 1982 he was awarded with the Grand Prize at the Gonggan Print-Making Competition.

Kim Tae Ho first presented his series on "Form" in 1977 through his first solo exhibition focusing on "figurative paintings hidden under the horizon". Most of the work from this period was done using the spraying method and the inspiration came from shutters cove- ring bank buildings. Behind the thick shutters - a symbol for strong will of resistance - a trapped figure is depicted and it is significant for mal-communication as well as isolation of people living in contemporary times. Yet gradual transformation is also evident as intended and often geometric lines disappear only to leave traces of form and phenomena. Furthermore the artist moved away from one material to another to express on Korean hanji paper. Here he expresses his creative actions simultaneously as introducing his series on "Internal Rhythm".

In 1984 he received the third Journalists Art Prize and with this, his art expanded worldwide. He participated in numerous exhibitions both in Korea and abroad. Thanks to these projects, his name became known and in 1987 he was given the post of Professor at the Department of Painting in Hongik University.

From 1995, the artist piled layers of paint in the "Innate Rhythm" series as a means to express traces of his actions. The painting is put, scratched and then the process is repeated. The traces create the finale expression of the innate rhythms. Small grids are stained on the canvas similar to graph paper and the painting is put on the layers. Once the painting is almost dry, a special knife is used to cut it horizontally and vertically. It is a process of revelation of the layers, painted on the grid. Kim Tae Ho created a new method of exploitation of the spatial structures. The "Innate Rhythm" series gathers free and versatile voices into one to introduce a new dynamic discipline. If the canvas is symbolic for the cosmos or the universe, the artist invents a method that leads to the subjective interpretation of space. 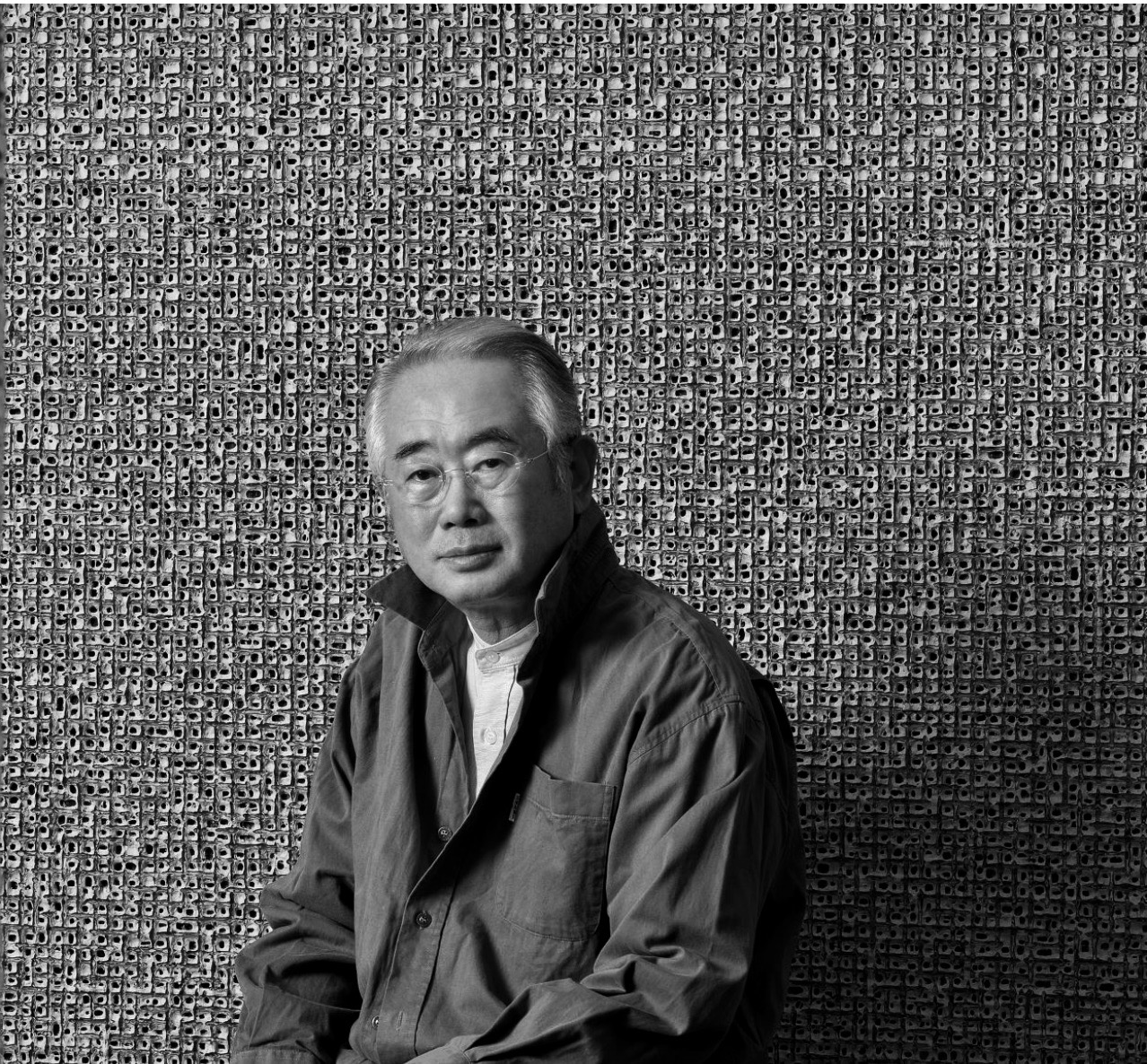