Born in 1966 in Gwangju, South Korea, Kang Un graduated from Chonnam University of Fine Arts. In Korean "Un" mean "cloud", and the artsist maintains a very close,personal relationship with the sky and its representations since his childhood.

In the early 1990s, he began the series, Drawing a Stroke on the Water. He applies paint on the back of a rice paper sheet,  hanji,  which is moistened beforehand. The contact of the ink with the water gives birth to a form, at first, hazardous, but then suddenly all its suggestive, even figurative, force unfolds. The artist thus manages to grasp the essence of the cloud. And as he himself points out, "doesn't the cloud originally arise from the drop of water? ".

Following a great exhibition "Elegance of Silence" at the Mori Art Museum in Tokyo in 2005, Kang Un develops the new series "Air and Dream". Constructing a mosaic of colored and carved hanji paper pieces, he captures the energy of nature, the force of wind and the light piercing through the clouds.

If the "Drawing a Stroke on the Water"  is a variation around the power of "a single brush stroke", the patience and application behind "Air and Dream" are an invitation to meditation and daydreaming. A unique way, according to the artist, to "get away from the troubles of daily life and embrace nature entirely". 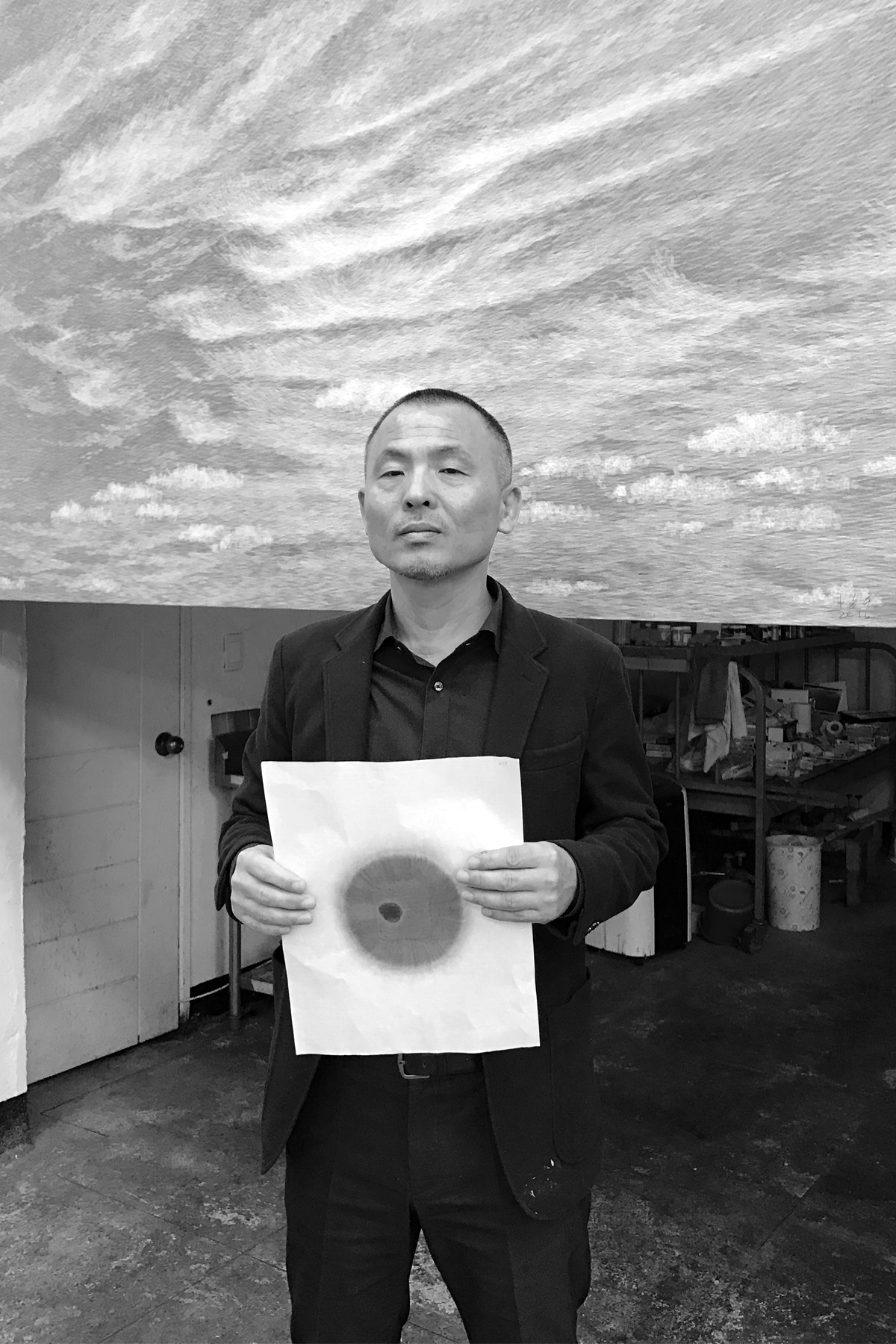