Mwenze Kibwanga was born in 1925 in Kilumba, in the former Belgian Congo. He was admitted in 1950 to the "l'Académie d'art populaire indigène", the official name of "l'Atelier du Hangar". He quickly established himself as a major representative of the group founded by Pierre Romain-Desfossés.
Indeed, Mwenze Kibwanga deploys through his works a personal and poetic aesthetic, centered on scenes of everyday life or animal life: preparation of meals, hunting, resting antelopes.
The son of a weaver, each of his works evokes the weft of a fabric, giving a colorful rhythm to his representation of the reality. Composed of thick, contrasted hatches or streaks, he produced his works with his thumb until 1952. He will then use brushes.

At the closing of the Hangar, Mwenze Kibwanga joined the Academy of Fine Arts in Lubumbashi as a professor. Subsequently, he participated in numerous international exhibitions and fairs (Fair of Lausanne in 1974, Foire des avant-gardistes in Paris in 1975). He died in 1999 in Lubumbashi, leaving behind many students who have become well-established contemporary artists.
With a striking avant-gardism, his works are presented in the collections of international museums. 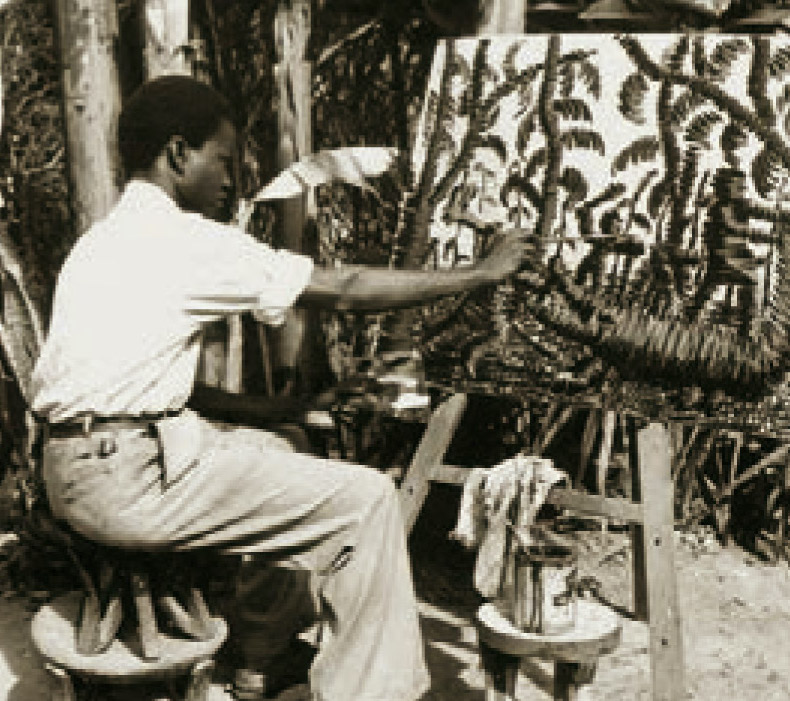