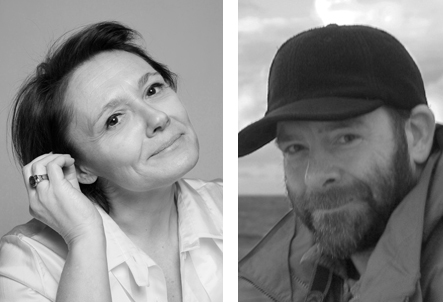 « Antarctica, the continent that gone crazy », « For what it pleases me»

« Antarctica, the continent that gone crazy »

Greek geographers envisioned it already more than two thousand years ago: this mysterious land was called Antichton, which was to balance the weight of the continents in the northern hemisphere.
In the Middle Ages it disappeared from the minds, but reappeared when, in the sixteenth century, the first sailors who ventured into the high latitudes of the south, which was claimed to be a great land. Since then, adventurers have never stopped looking for it - even if it meant losing their minds or their lives.
Some spoke of an eden as vast as America, and fortunes were wasted in hope of colonizing the blessed shores. It led to the discovery of  Australia, the island of Easter, and bare archipelagos, each of which led to fare shares of drama and disappointment.
When the Antarctic finally appeared before the ships, a continent of ice and night, dreams did not vanish. Dreams or delirious nightmares, like this Nazi underground base where Hitler would have survived somewhere under the Mühlig-Hofmann mountains.
Dominique Le Brun retraces the illusions and the reality of this long voyages whose heroes testified to superhuman persistence.

Dominique Le Brun, independent journalist, writer and specialist of the history of the 18th century has signed more than a hundred books he has written in the last 30 years. He mostly published illustrated albums about to the sea world.
He also curated collective works as encyclopaedias and anthologies of collections dedicated to popular literature. Lately, he published Vauban, l'inventeur de la France Moderne, Pirates histoires vraies and Surcouf.

« For what it pleases me»

The first pirate woman
Jeanne de Belleville, born in 1300, married the Breton Baron Olivier de Clisson. Mad from such happiness. The King of France had her husband decapitated. Madness for vengeance. Jeanne takes off. Literally. She sets a ship and, at the head of a crew, sets out to attack the ships under the French flags.
A few months are enough for the first pirate woman in history to make bring terror on the Atlantic coast and the great Breton rivers. A few months to become "the bloody lioness", honoring the motto of Clisson: "For what it pleases me". Wait for the women who take the helm!
Laure Buisson resuscitates with rigor the eminently romantic life of a forgotten heroine of the History of France. Here, under the dry and spicy pen of the author of Blanquette, the Middle Ages are far from the cliches.

Laure Buisson, born on October 21, 1968 in Amplepuis, is a French novelist.
She moved to Paris with her husband and worked for a while in the Julliard bookstore. Working around books was not enough to ease her thirst for literature: after the birth of her second daughter, she began to write. She has published five novels.