< back to École des filles

Kim Keun-Tae is a former student of Chung-Ang University in Seoul, and is a part of the so-called monochrome Dansaekhwa movement. But, through a deep philosophical and aesthetic research, he has always sought to go beyond the conceptual limits.

His work reveals the richness of the ancient Korean tradition of ceramics and, in particular, "jars of the moon". With an extremely poetic and abstract reminiscencee he  pays tribute to the interiors of traditional houses which he lived in when he was a child. With such approach each work evokes philosophical meditation, between tradition and modernity. The simplicity of the form and the complexity of the technique impose the diversity,  purity and force.

Between 2005 and 2015, he devoted entirely himself to work and meditation, with the help of Chan Gongan. His work remained confidential for a while. It is now one of the most original forms of contemporary Korean abstraction. 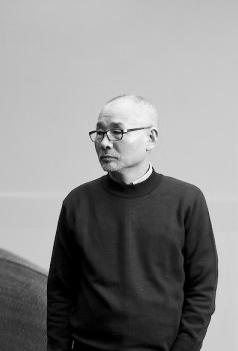