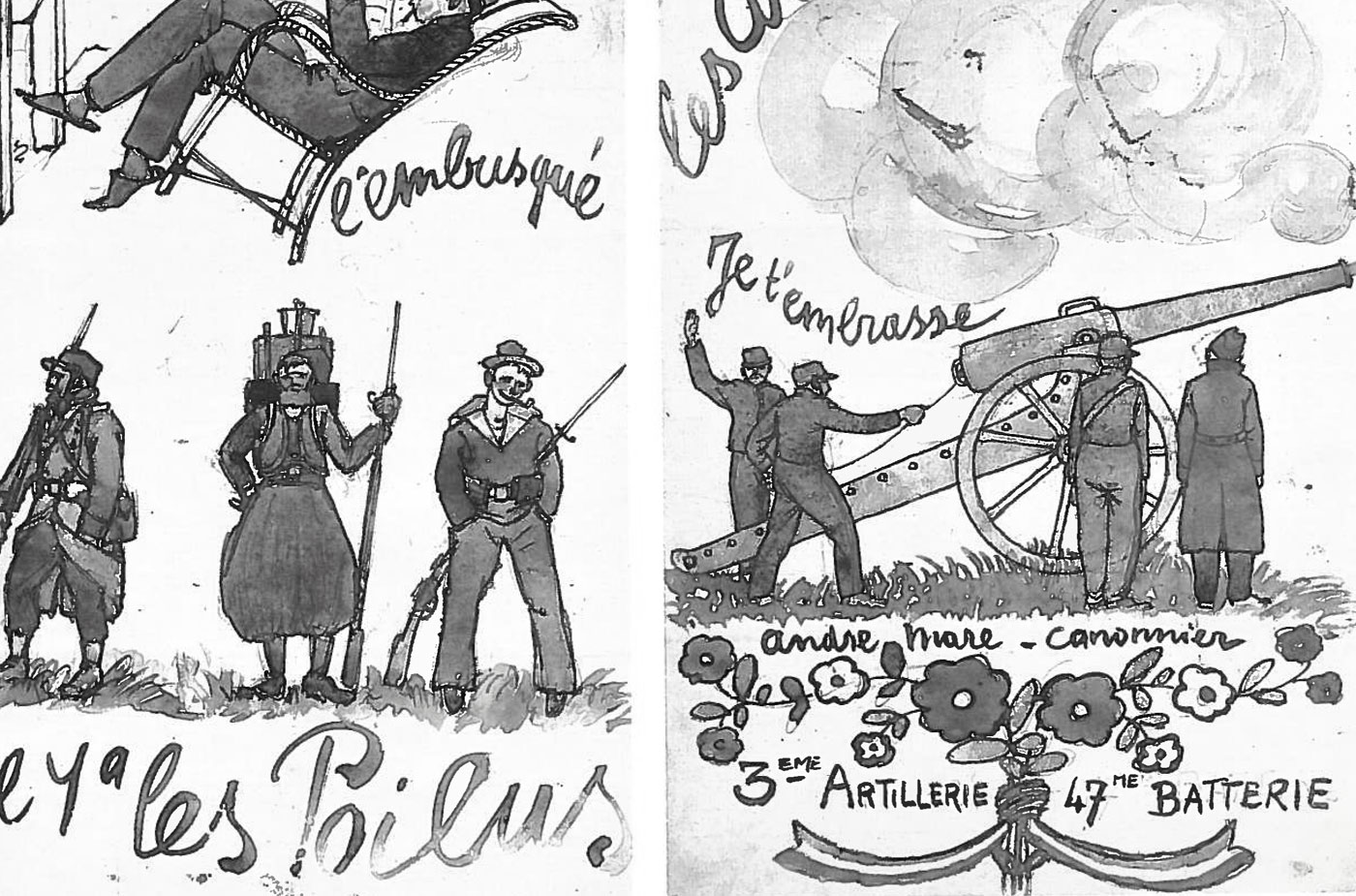 « The artist, the gunner and the death. Art works to the test of the Great War »

Caught up in the spiral of the Great War, a young avant-garde painter, André Mare confided to his watercolour notebooks. In the trenches, the mud, under the shell and asphyxiating gas, he protected them like his most precious goods : an antidote against horror, a testimony. Over the notes, the sketches, the luminous watercolours, the pictures carefully laid out, it's the lived History that is told through the notebooks of Mare : the one of the gunner of the 47th battery, then of the "camouflage man", engaged with dozens of other painters in the surprising industry of the "trompe-l'oeil". It is also a moment of art history, letting appear a strange link between Cubism and war.

Laurence Graffin, international reporter, director of magazines and documentaries for television, is passionate about the art from the beginning of the 20th century, place of so many questioning and inventions. Thus, she is interested in the path of a Cubist painter who participated, during the Great War, to the surprising adventure of camouflage. She passed on his notebooks to us, enlightening and completing them thanks to letters he wrote to his wife.

"I could recognize all of them and of all tell you the name..."


Carine Trévisan examined lists of names, especially the names of dead people, from the Great War, first war in which people died en masse and in which simultaneously a higher price was given to the individual. This war opened the era of the list of names of dead people. Because, from the moment you thought about writing lists of dead people's names, the question of the medium used came up, so that this one can be the more visible and likely to affect the readers of the list. The list becomes the place of a scenography, the scenery of a ritual, of a civic teaching place of a secular liturgy in which the homage, the commemoration (the list becomes a "place of memory"), especially, the expression of mourning, mix. The monument is often assimilated to a symbolic sepulchre, and the list of names to a miniature necropolis.