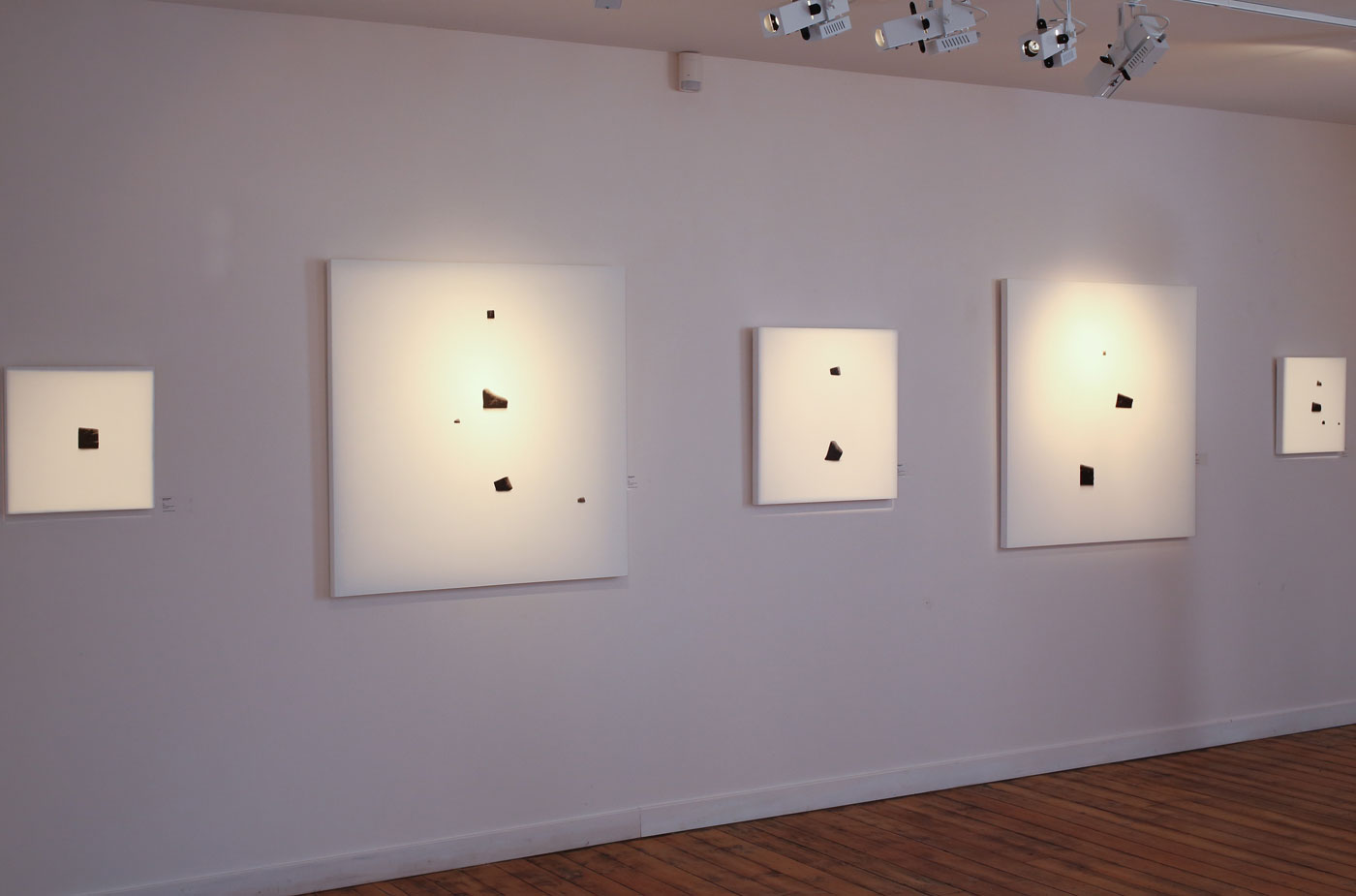 The black rocks are painted using Chinese ink. Choi use small brushes for his painting. Painted once, twice, and over and over, layers of brush paths reveal rocks. His painting process is the instructions let the rocks to find their positions. The instructed rocks stand still. What compose a frame are the white background and the black hard rocks.

Choi's painting erases the presence of objects at the same time allows them to exist. In this contradiction, the rocks have lost their rock-ness rather claiming black-ness. The background, in the same way, claims not to be the sky or the sea, but only the white color. And then the black-ness becomes a rock and the white becomes the background. His painting is positioned in between the two achromatic colors. In contrast to his paintings in the past, these paintings exhibit more succinctness and more simplicity. This simplicity is the consequence of the power of elapsed time. 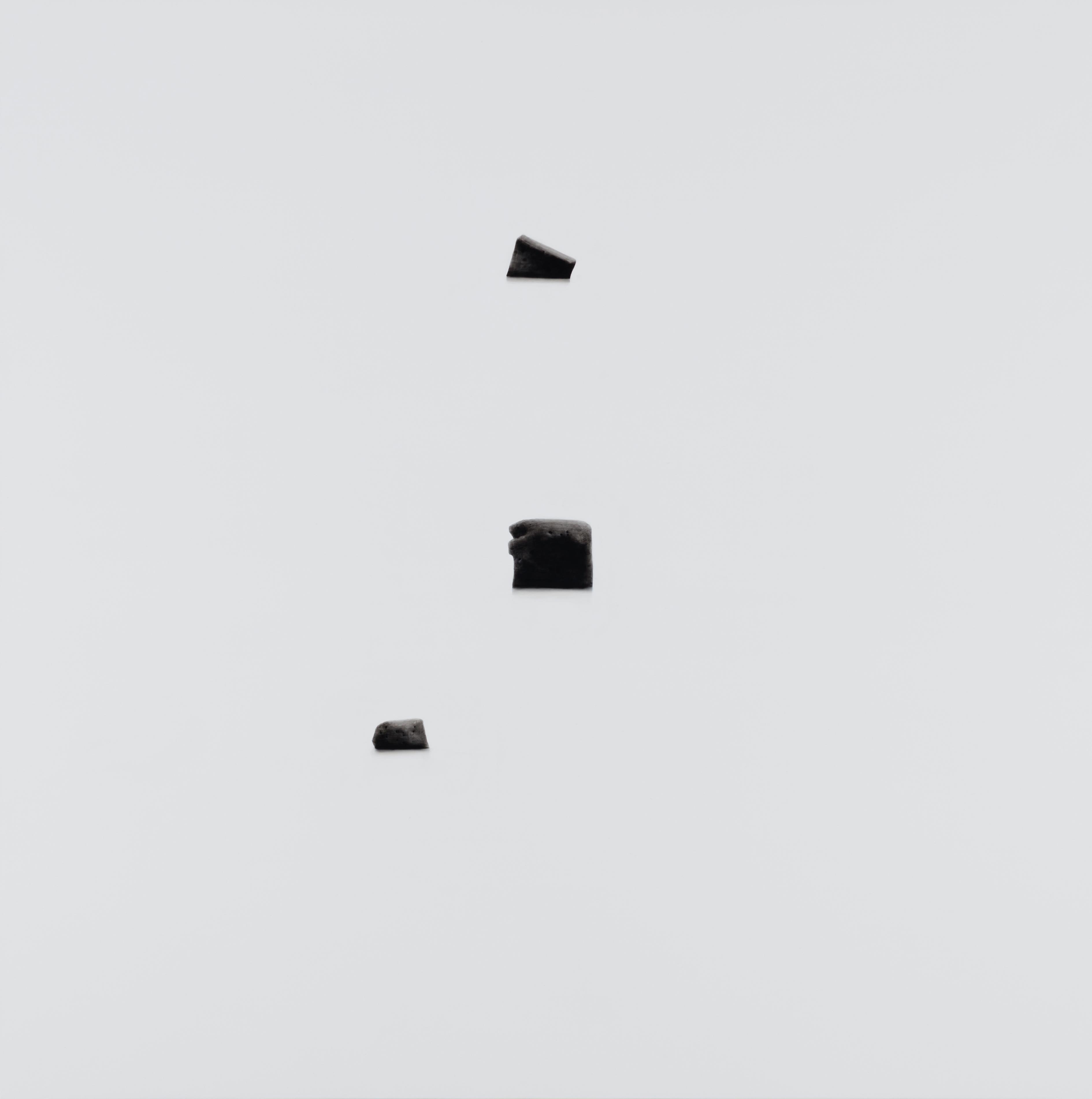 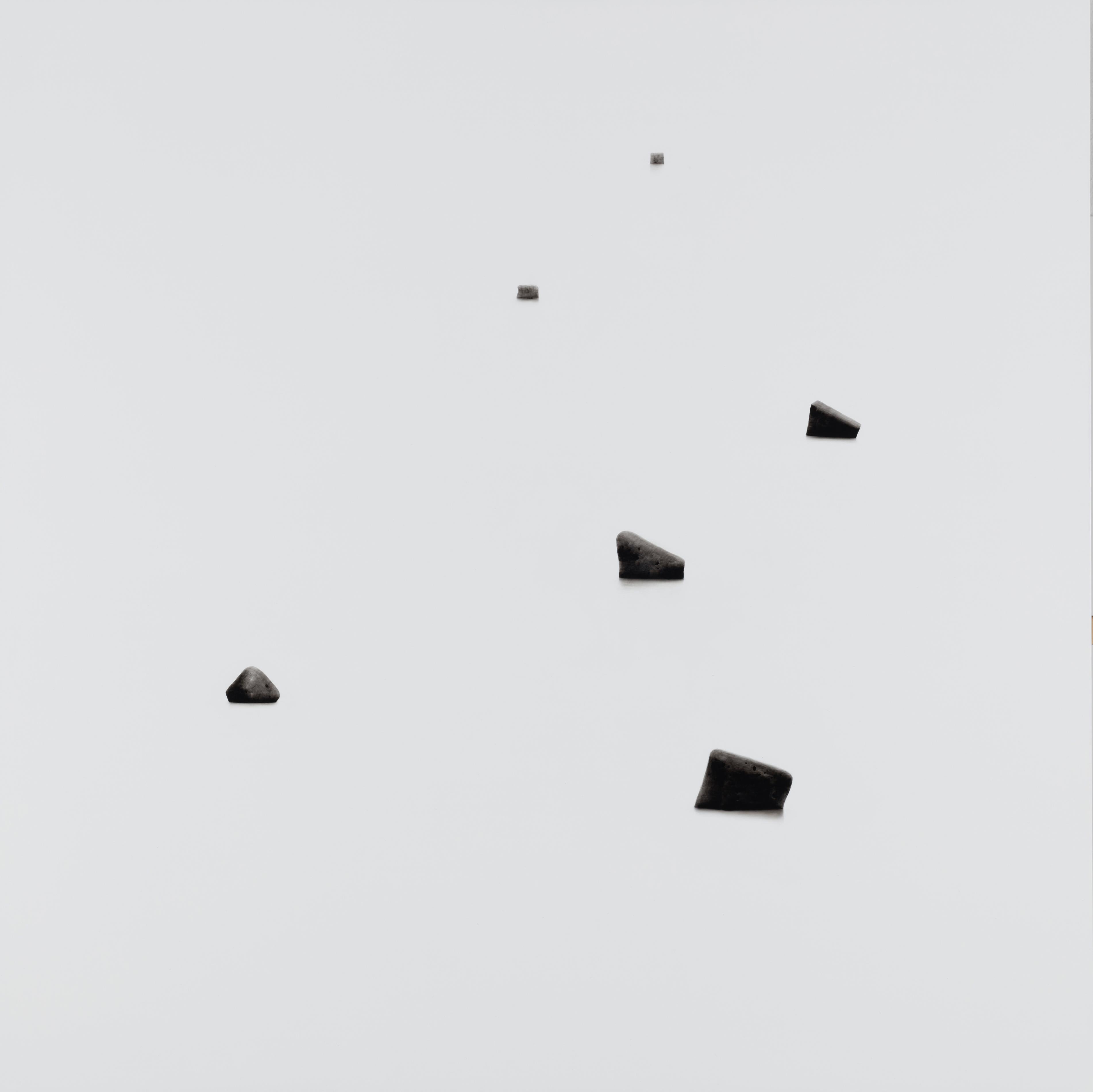